The time is near to close up the beach house and head to our winter home in the desert of Southern California.

We had planned to get in one more cruise over the weekend, stay at Bowens in Newport, and attend the Seafood Festival with our dear old friends Peter and Mary Lee.

Once again, the lousy weather of the summer of 2017 appeared and our plan when up in flames.

Never to be deterred, we created our own Seafood Festival in Mattapoisett and invited Peter and Mary Lee to join us.

The final weekend has been a major tradition ever since my father bought us the Thunderbird in 1966. Back then, it was pretty simple. I’d drive it on the trailer, my father would pull it out, and we’d head home where I’d scrape all the barnacles off the bottom.

Later, when we moved up to the Banana Split and Aquarius, it got more complicated. We needed assistance from Brownell to take down the mast, haul the boat to Peases Point, and set it up in the right spot. The right spot was always next to the deck so we could step directly into the boat without using a ladder.

Backing Banana Split up to the deck

My brother Barry and Peter taking down the mast 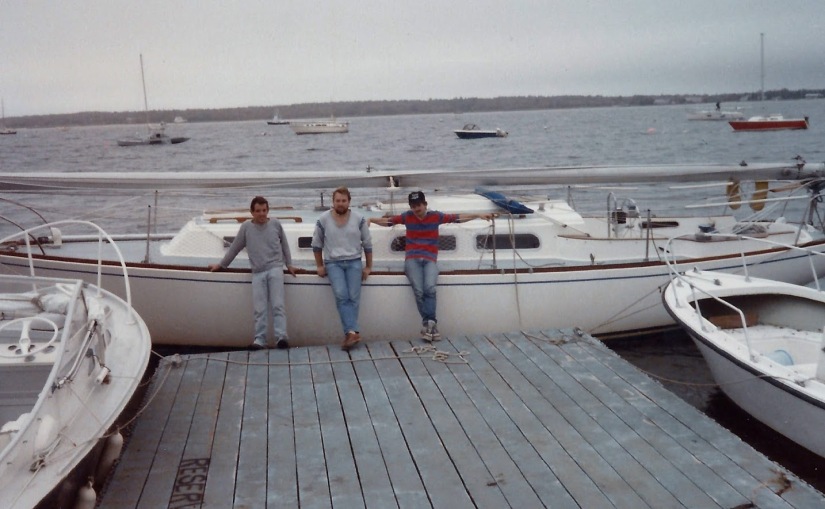 My brothers Charles (left), me, and Barry (right)

Although my father, brothers, and I could probably have done the whole operation by ourselves, it was always more fun when we brought friends down to join in. Over the years, my father’s friend Pete Whitcomb, and my friends Jens and Peter were frequent helpers. 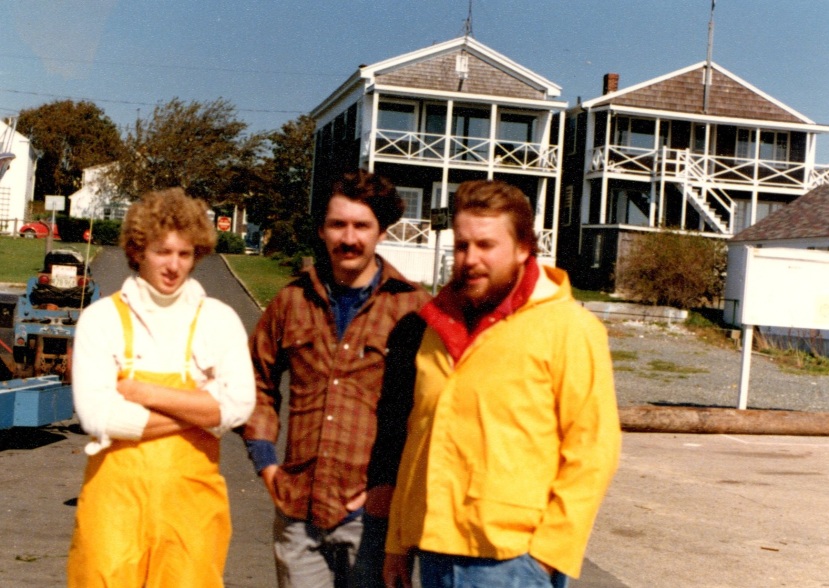 Brother Barry, Peter, and me on the Mattapoisett Town Pier circa 1982

The Lobster and Bourbon Dinner

We often worked very hard on the day we hauled the boat out day and we always ended the day with a special traditional meal.

The heart of the meal was always big lobsters and Jack Daniels Whiskey. Steamers usually started things off and their was a side salad, potato chips, and garlic bread. 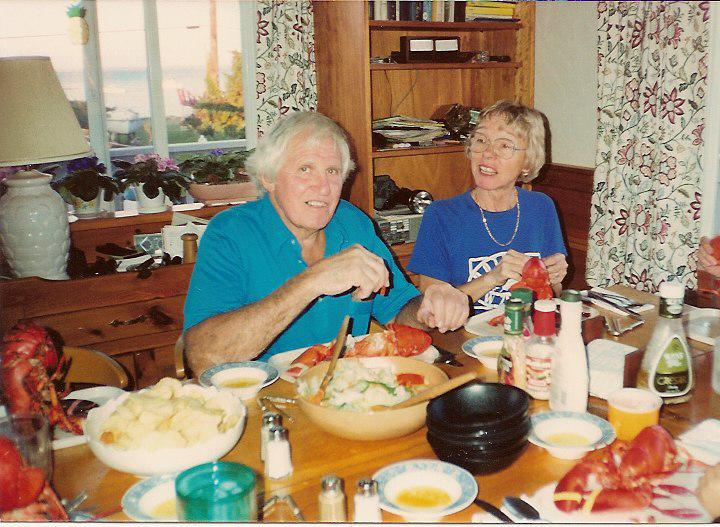 This is a fond memory that I know I’ll take with me to the grave!

As I said, our plans for a weekend in Newport went up in flames, so we recreated a Last Weekend with Peter and Mary Lee. 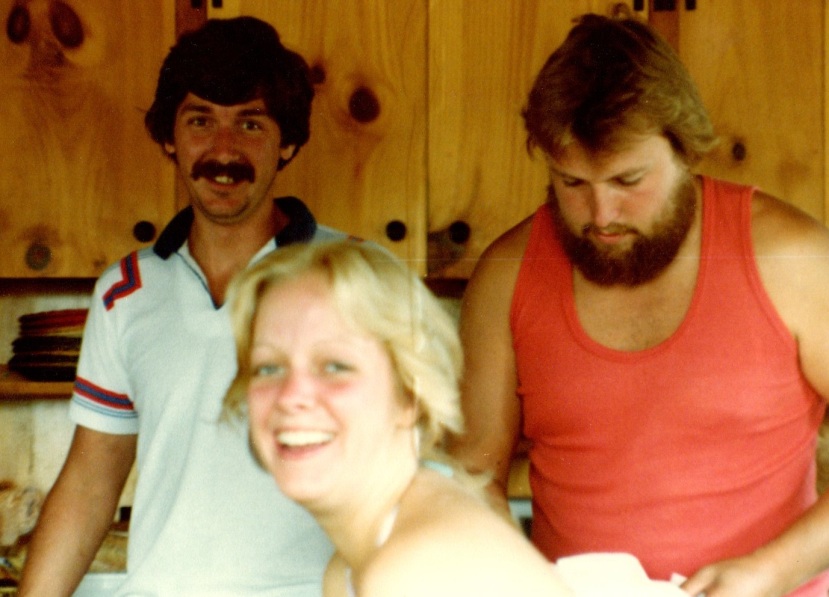 Peter, Mary Lee, and me a few years back!

We started the weekend with a great lunch at Brew Fish. As reported earlier, this is a new restaurant with great food, and really hip vibe. 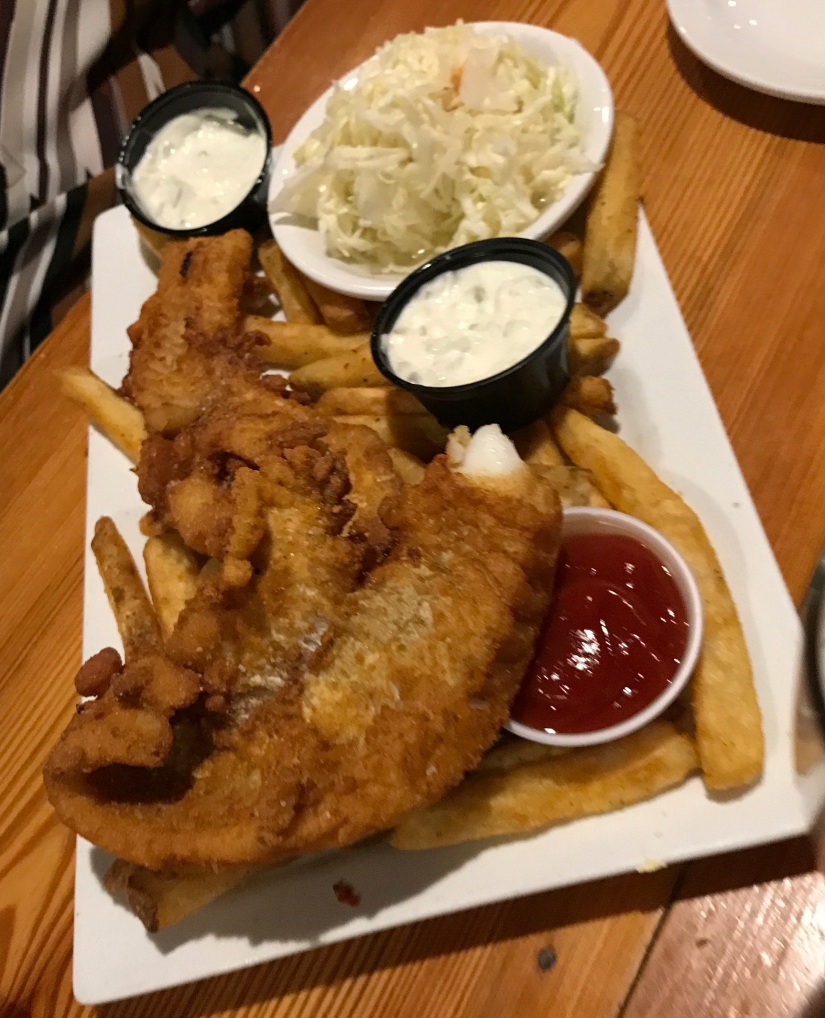 The rain persisted, so we went back to the house and watched a movie. Around 4:00, the sun came out and we enjoyed a spectacular rainbow all over Buzzards Bay.

I then served up my new version of the traditional Lobster dinner. We started with steamers, roasted red potatoes, an arugula salad, and hot ciabatta bread.

A few years ago I came up with a new way to serve lobster. Each person has an aluminum tray with their name on it. They take apart their lobster at the bar in their tray, drain the water, and bring small pieces back to the table.

This avoids the mess of trying to break down the lobster on a small plate surrounded by melted butter and cocktails.

Most importantly, it eliminates the need for a silly lobster bib!

This year I added a new tradition. I take the leftovers and incorporate them into a lobster eggs Benedict breakfast — quite tasty!

The final icing on the cake for our Last Weekend was late lunch/early dinner at Turks. As you may know, I love sitting at the Horseshoe Bar, eating tapas style over the course of a few hours, and on Sunday, we are well served by my favorite bartender Tara. 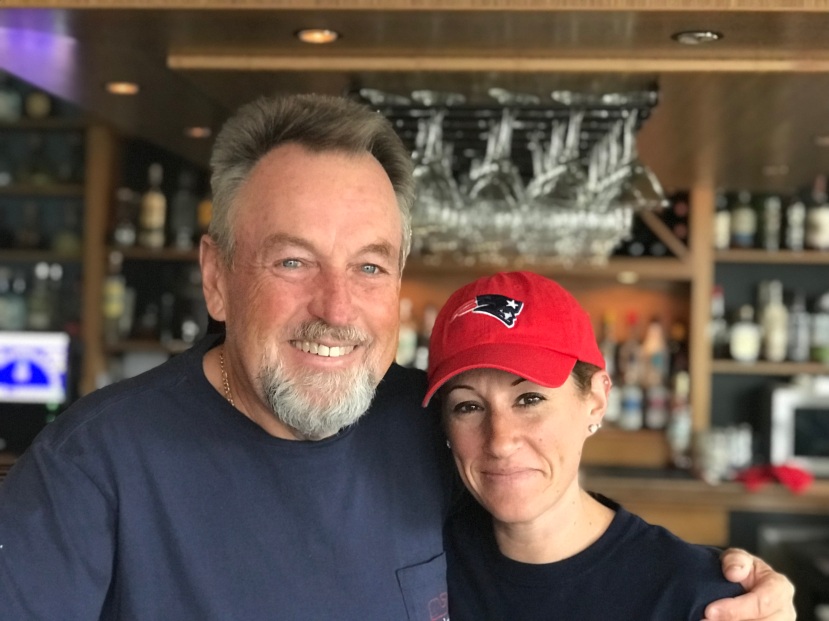 We came in at halftime with the Patriots down 7 points. Before our drinks arrived, they had tied it up and of course after a lengthy grind, they pulled off a much needed win!

We fly to California on Sunday, but Mrs. Horne and I are still hoping to sneak in one more day on Vigilant before we leave.